Blind.  Alone.  Scared.  Depressed.  Helpless.  Hopeless.  Carlos lost his mother at age 5.  He lost his vision in one eye at 12 forcing him to drop out of school.  At 13 Carlos lost his father.  At 14 he went blind in his other eye and became confined to his home in a world of darkness in a tiny Haitian hut, relying on his neighbors to bring him food.  Understandably, Carlos sunk into depression and helplessness.  In a country where 90% of the population practices at least some form of Voodoo, many looked at Carlos and wondered what he or his family did to bring on such a curse.

One day Carlos heard about the eye team from a neighbor.  He didn?t have much hope that his vision could be restored but he had nothing to lose.  As Carlos made his way to the busy clinic led by two neighbors he received the devastating news that the surgery schedule for the trip was full. He?d have to wait four months until the next trip to have surgery.  When he finally reached the front of the line, the history taker asked him if he knew about Jesus.  He said he had heard of Jesus but didn?t believe in Him since God took his parents and his vision.  What a tough life.  Who could blame him?

Carlos?s story made its way to the OR where we were asked if we might add just one more case.  Of course.  How could we not?  Carlos stumbled through the camp to the operating area.  Multiple people prayed with him in the pre-op area.  I noticed as he was helped onto the table that he put his hands together and looked up as if to say ?Jesus if you?re real, help me see!?  I don?t think I have ever prayed so hard for a patient before a case.  As I stared at the white cataract through the microscope I noticed his zonular support system was compromised.  Although the case wasn?t smooth, the cataract came out and a new lens ended up in the eye.  Disappointingly, I did not see a red reflex after removing the cataract.  Was there a tumor or a retinal detachment back there?  We?d have to wait a day when the patch would be removed to find out. 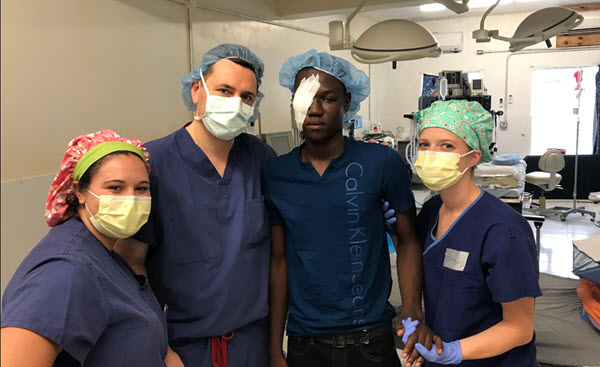 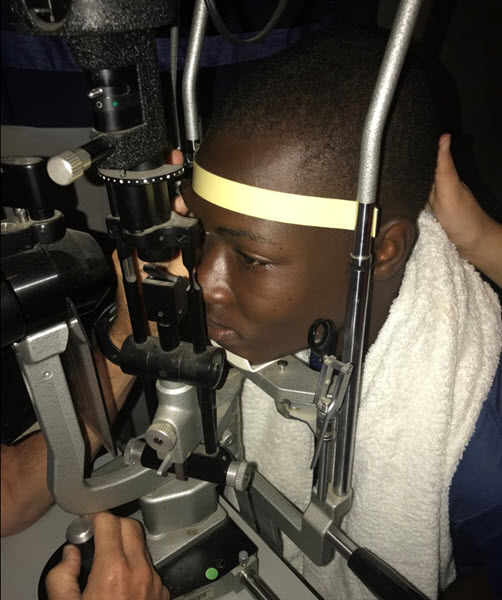 The next morning I examined post-ops at the slit lamp when a loud cheer interrupted me.  I went outside to see Carlos had his patch off and could see.  Everyone was crying.  His neighbors danced.  Carlos couldn?t stop hugging people.  By God?s grace the retina looked fine.  He will hopefully have the other cataract removed in February when the next team comes.  I told Carlos we didn?t really come primarily to help with physical blindness, which is ultimately temporary.  Spiritual blindness is eternal.  I prayed with him and continue to pray for him. 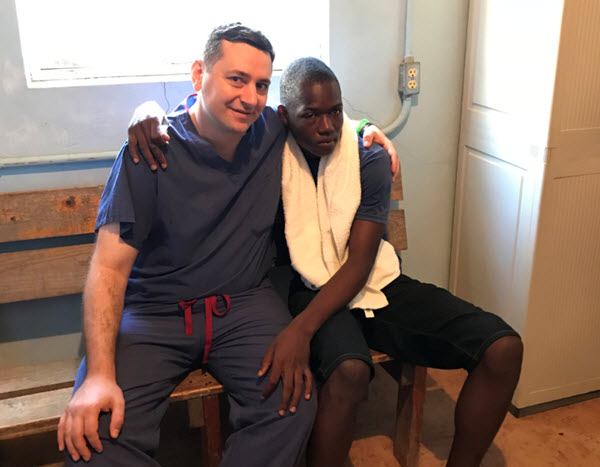 The next night I led devotions for the team and we studied John 9.  The similarities of the story of the man born blind to Carlos?s story are striking.  In verse 2 the disciples ask Jesus, ?Rabbi, who sinned, this man or his parents?? Carlos must?ve wondered what he did for God to put him this situation.  Jesus answers, ?This happened so that the works of God might be displayed in him.?  Wow!  Is it possible to have that attitude when we suffer?  The key to the story and the lesson for medical missionaries comes in verses 35-38.  Although Jesus is concerned with the man?s physical problems, He uses that to address the man?s true need.  ?Jesus found him and said, ?Do you believe in the Son of Man? … You have now seen Him.??  ?The man said ?Lord, I believe?, and he worshiped Him.?  What a blessing to be in a profession where by God?s grace we get to participate in healing physical blindness as a mechanism to addressing spiritual blindness. 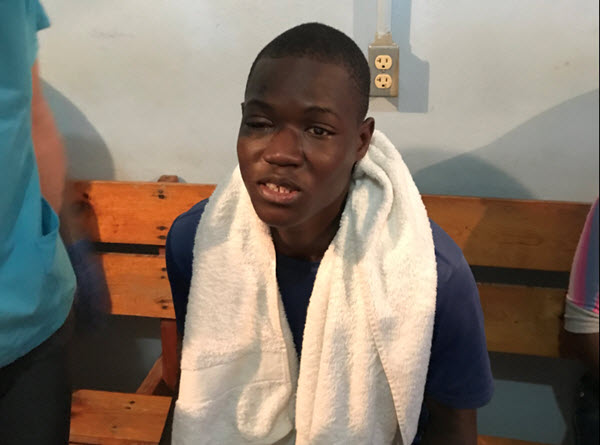