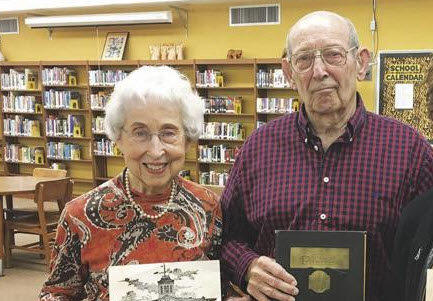 “This is how I see our service to the Lord.  It should out of love for him.”

Interview by Mary Beth Seal in 2009

At age 78, Dr. Bill Rowlett hasn’t slowed down much in his service to the Lord and to others.  Though his last mission trip overseas was in 2006, he continues to serve while doing backyard missions through his local church.  He does hospital visitations, local jail ministry twice a week, and visits at the State Penitentiary about 5 times a year.  Twenty prisoners have received Christ over the past year.

He and his wife Marilyn have been married 53 years this coming October.  Marilyn was his “surgical assistant” over the years and a registered nurse. They have four children and eleven grandchildren.  All four of their children had the privilege of participating in missions abroad while growing up.

Dr. Rowlett went into the United States Air Force as a flight surgeon and completed his residency in 1962.  He and his wife both felt that they wanted to participate in missions.  On their first trip to Northern Ghana he said he felt that he went there with that “wanting to do something great for God,” feeling– and was overwhelmed by the huge medical needs they witnessed there.  Cataracts, glaucoma, river blindness, snake bites, and typhoid fever to name a few.  There were two doctors seeing four hundred patients a day and having to treat complicated OB cases during the night hours.

He performed the first corneal transplant on a patient there.  After harvesting an eye from a corpse for the transplant, some patients saw him transporting it to the operating room as he didn’t have it covered up.  Word got out that a man died but the eye was still alive!

Once while in Zambia in 1971, there teenage daughter went with a missionary to another area for an outreach.  The bridge they needed to cross was out—thankfully there was a Christian man nearby who stood guard with a spear to protect them as they slept in their vehicle that night in the bush.

Dr. Rowlett and his wife have been to many, many countries including the following: Ghana, Taiwan, Zambia, Kenya, India, Haiti, Liberia, Nigeria, Zimbabwe, Brazil, Honduras, and Yemen.  Many of these countries they visited more than once and some countries I haven’t mentioned.  He is currently writing his autobiography that will cover in more detail the places, the hospitals, and the people he has had the opportunity to serve.

While serving in Yemen, a father brought his cross-eyed daughter to him.  “She had eso,” he told me.  “So, we did surgery on her, and he brought in a second daughter, she too had an eso and we did surgery on her as well.  Then, he brought in a third daughter!  She too had an eso!  Of course we treated her too!  Then, the day before we were scheduled to leave, he brought in his aunt—-and she had an eso!  We were out of suture and told her we couldn’t operate. But because she was a young woman, and not married, we decided to look harder for some suture and eventually did find some we could use and performed the surgery on her.”

“I’ve always felt my main job was to serve the Lord here; and to do more abroad was a privilege.  We always had daily Bible reading and prayer before our office hours began and of course always before surgery with patients.”

“If you tell the Lord that you are making yourself available for missions, he will guide you.  You know the story about the woman who came along and washed Jesus’ feet with her hair?  She did it as an act of love.  He didn’t tell her to do it.  “This is how I see our service to the Lord.  It should out of love for him.” 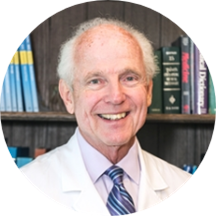 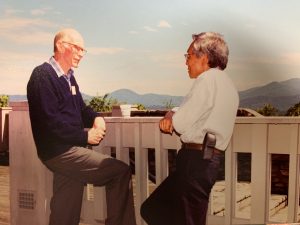 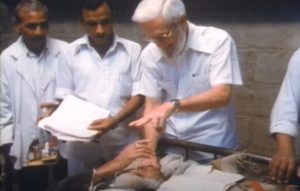 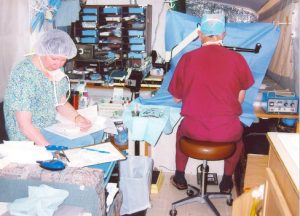 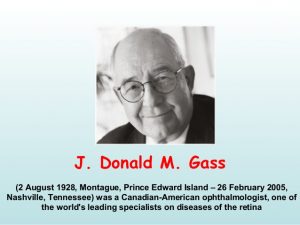 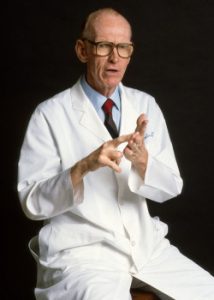 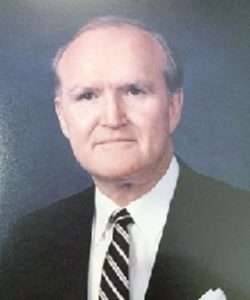 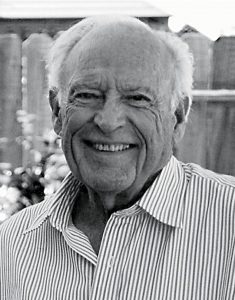 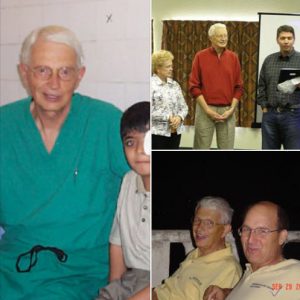