Dr. Serros, a native Floridian, graduated from Orlando High School. He received his medical degree from the University of Miami, School of Medicine in 1959. While doing his internship at Charity Hospital in New Orleans he met the lovely Rosalee Culicchia, who a year later became his wife. After the internship in New Orleans he joined the USAF and served as a Flight Medical Officer for two years. This was followed by a 3 year ophthalmology residency at the University of Alabama Medical Center, Birmingham.

In 1966, Dr. Serros, returned to the Orlando area and joined a local practice. After the untimely death of the physician he joined, his practice was jumpstarted. Dr. Serros continued as a solo practitioner and pioneer in the field of ophthalmology. He set his sights to Osceola County and in 1967 opened a second office in downtown Kissimmee on Main Street. Dr. Serros performed the first cataract surgery in Osceola County. He then went on to be one of the first two cataract surgeons in Orlando to perform cataract surgery using an Intraocular Lens Implant. During his career he served on the boards of many organizations committed to ophthalmology. 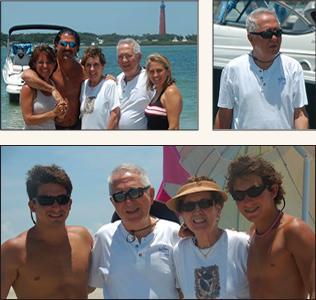 Dr. Serros was truly one of the founders in ophthalmology. After spending the better part of 44 years practicing medicine he is now retired. He can be found spending time with this beautiful wife of 52 years, his children, and grandchildren. He and his wife remain involved in their church, serving as volunteers for several organizations, and traveling abroad.