Dr Wendy Hofman has been serving with her family in Gabon, Africa since 2009.  She serves with a team at the Bongolo Hospital and serves as an ophthalmologist running the eye clinic.

Dr. Hofman has been training nationals to become ophthalmologists since 2009.  She has become an expert in manual small incision cataract surgery – a low cost option to cataract surgery used in the developing world.

She became interested in mission work while in college, at the same time as her relationship with God began to grow.  The Lord directed her into medicine in college while she was praying about Isaiah 61, and then into ophthalmology partly through the COS.  Wendy met her husband Eric while in residency.  Eric was working in actuarial science but was willing to use his math skills to bless others in whatever way God directed.  They signed up with Samaritan’s Purse’s Post-Residency Program and left for French language school in Switzerland in 2008.

They arrived at Bongolo Hospital in the rural southern rainforest of Gabon in 2009.  Since arriving in Gabon, Wendy has been the director of Bongolo’s ophthalmology department.  She began a small ophthalmology residency program for African doctors, graduating her first resident in 2013, who has stayed on staff with her since then.

The eye clinic personnel of 10 people recently moved into a new building, whose construction was largely funded by a generous grant from USAID.  Wendy and Eric now have three beautiful children, Esther (10), Eli (9), and Hannah (6), and have homeschooled them the last few years in Gabon.  The Hofmans’ prayer is that God would continue to bless their family in knowing Him better and making Him known

To learn more about Bongolo Hospital, please check out their website:  https://www.bongolohospital.org/ 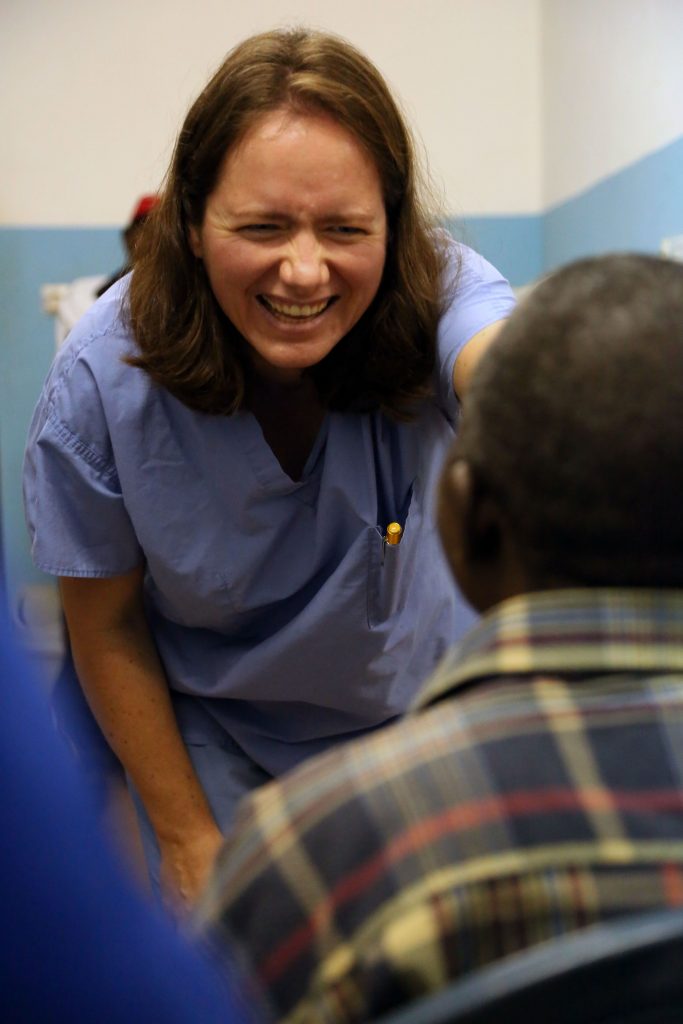 Hear this message directly from Dr. Wendy Hofman to you.

View these images of Dr. Hofman and her ministry . . .